The following report presents the introductory section (section1), the results summary section (section 2), and the U.S. IoT Universe results (section 6) from the Internet of Things (IoT) Patent Landscape Reference Report prepared for the 2019 IoT Fuse Conference in Minneapolis, Minnesota. The content noted in any references to sections 3 through 5, and 7 through 12 can be found in the full reference report available via the link below.

1. How to Use this Reference Report

2.3 Significance of the Tables and Heat Maps: 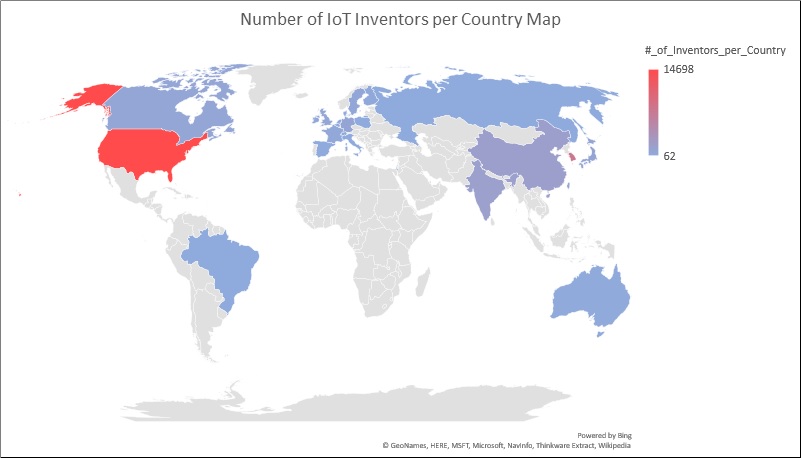